According to Glassnode’s latest on-chain data, Since the halving in May 2020, aggregate miner income has declined from around 9.5 BTC/EH to a low of 5.6 BTC/EH in May. As protocol difficulty adjusted in response to the Great Migration, miners who remained online have now seen their BTC income grow by 57% per hash to around 8.8 BTC/EH. 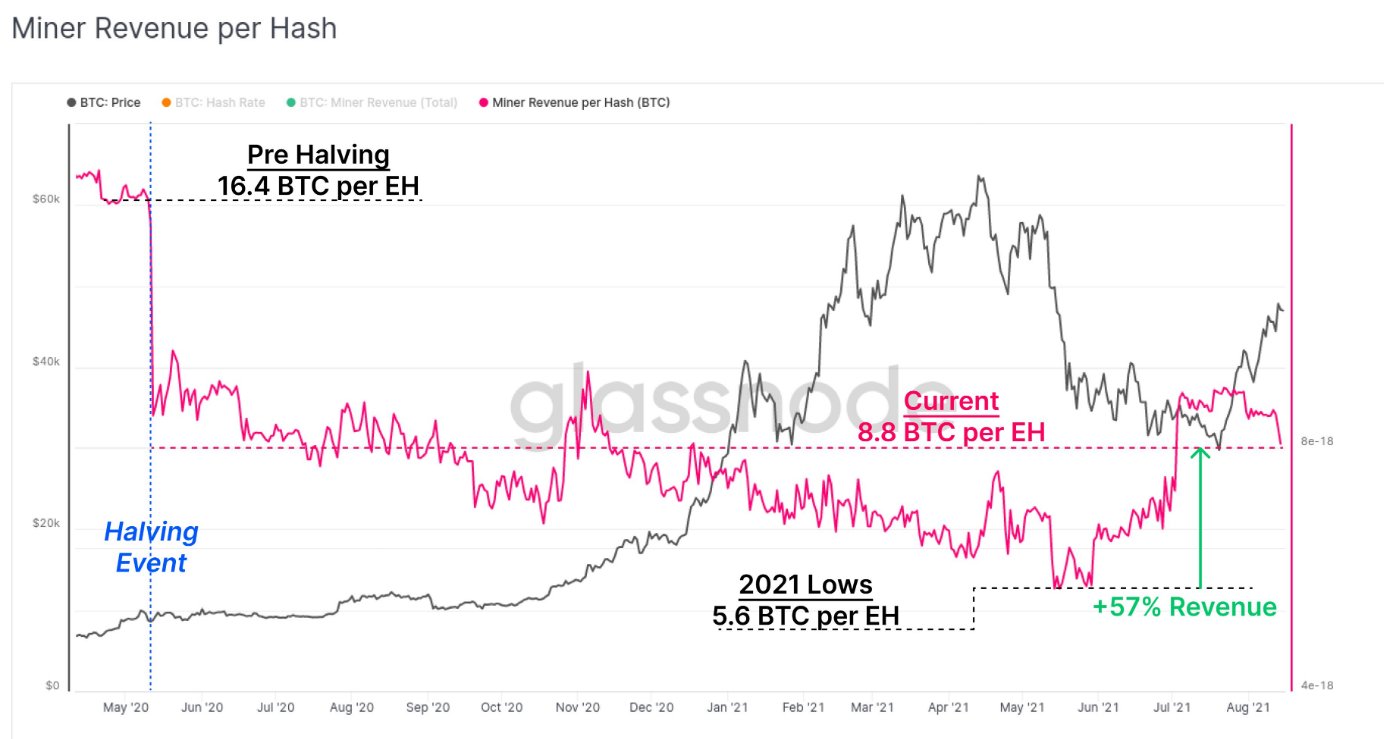 In May of this year, the Bitcoin hash once reached a peak of about 180EH/s. In mid-June, Bitcoin miners in Sichuan and other provinces were collectively out of power. It is estimated that 90% of Chinese Bitcoin miners have migrated, which once caused the entire network's computing power to plummet. 50%.

As miners flow overseas, mining competition has also begun to decrease, and the profitability of miners who still insist on operations has become higher. The data also shows that since the beginning of July, the net position of Bitcoin miners has now been positive, indicating that they have sold less than they hold and are continuing to hoard more Bitcoins. With the increase in the price of Bitcoin, the income of Bitcoin miners may be more than estimated.

It is worth noting that hash has recovered from a low point. In the past two months, the hash rate has rebounded by 25%, and the difficulty of mining has increased twice in a row. This indicates that about half of the affected miners have been back online and Bitcoin mining competition has begun to increase.